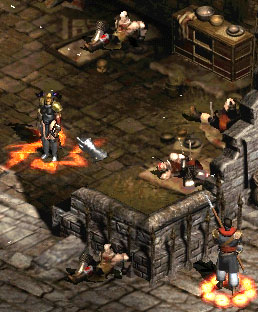 Over here!
Help us!
Let us out!

For the homeland!
Let's go!
Come on!