The Burial Grounds was the final resting place for fallen Sisters, but was corrupted by Blood Raven. 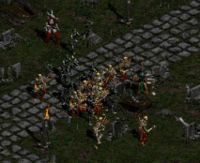 The Burial Grounds is the final resting place for the fallen Sisters... at least it used to be. Now it's full of undead for the corrupted rogue captain Blood Raven is resurrecting them as her minions.

The full map of the Burial Grounds

Two sublevels are located in the Burial Grounds: The Crypt and The Mausoleum. Neither are linked to completing a quest but are decent areas for the chance to level up and find additional and possibly useful items.

The Mausoleum in hell difficulty is alvl 85 making it a popular area to clear out for the chance to find high-level items. 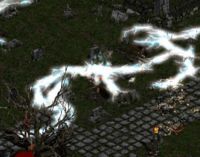