The game command /fps displays the "frames per second" and a bit of additional information atop the screen. Another code, /framerate, can be used instead. It shows the below information, and a bit more. 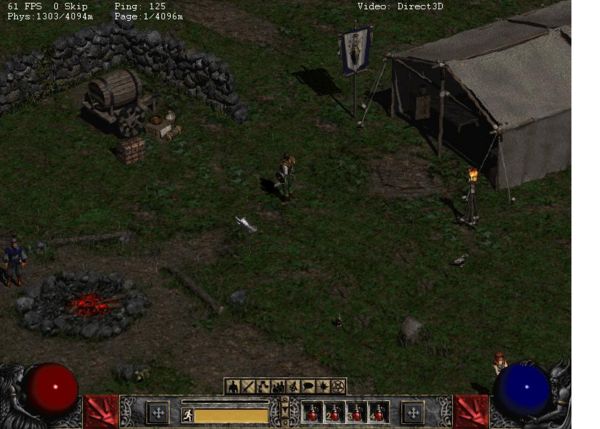 The /fps display, from a game hosted by Battle.net

See this essay by Diablo and tech expert Jarulf. See the full article for a much fuller explanation of this issue.