These male mages are weak at the start, but become devastatingly powerful once they've learned high levels in their combat spells. Unmatched in their killing speed in Diablo, Sorcerers are a bit more balanced in Hellfire, at least in the Crypt levels, where monsters are found in wider varieties, and plenty of them are immune to both Fire and Lightning.

Sorcerers can recharge the charges on a staff, though the maximum number of charges will always decrease slightly, usually by 1 or 2. For example, a staff with 20 charges would go from 0/20 to 19/19 or 18/18.

Unlike durability (Hidden Shrines in Diablo plus oils in Hellfire) there is no way to raise the maximum charges on a staff, so this skill should never be used on a staff you are using long term. However, if you find a staff of Fireball or Guardian or some other useful spell, and just want to have some fun with it and cast a lot of spells without using any mana, knock yourself out.

The formula for determining the recharge, from Jarulf's Guide:

A collection of useful stats and figures for the Sorcerer. Refer to the [ [Diablo Characters]] page to see these figures, and others, in tables for easy comparison between the six character classes of Diablo and Hellfire. 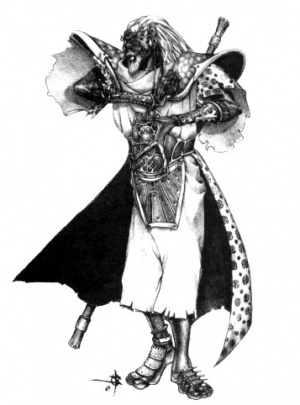 Sorcerers are mysterious mages from distant Eastern lands. Apprentices to their craft, they've come to test their might and seek out rare books of arcane knowledge in the demon-infested crypts beneath Tristram.

Although practitioners of the mystic arts are scarce within the often superstitious and religious lands of the West, many magi have made the pilgrimage from the Far East to see for themselves what horrors lie beneath the ruined Cathedral of Khanduras. The veiled Brotherhood of the Vizjerei, one of the eldest and most dominant mage-clans of the East, has sent many of its acolytes to observe the dark events unfolding in Khanduras first hand.

The Vizjerei, known for their brightly colored Turinash, or spirit-robes, have taken a keen interest in both gathering knowledge of demons and seeing them slain. The Vizjerei elders hope that their acolytes will learn the secrets of the dark evil that they sense growing in the West and can destroy it. The possibility of discovering long-lost tomes of magical knowledge within the confines of the labyrinth has also captured the interest of many wandering Sorcerers.

Most magic in Khanduras is in the form of enchanted items and elixirs. The Eastern Sorcerers have developed a greater understanding of spellcasting than the other classes, and while a Vizjerei neonate knows only the simplest of spells to start, he can expect to rapidly grow in power as he discovers new incantations. All Sorcerers possess the ability to recharge spell staves by drawing power from their surroundings and channeling them through the staff.

The Sorcerer was replaced by the Sorceress as a playable character in Diablo II, though the Iron Wolf mercenaries of Act Three were clearly modeled after Diablo I's Sorcerer. The game lore went on to say that the Sorcerer character from Diablo became the Summoner, the boss monster found in the Arcane Sanctuary in Act Two.