Third Party Programs are programs created by companies or individuals other than Blizzard. These can be minor and harmless programs to help you keep track of your characters and their equipment, or programs designed to cheat and hack your Diablo II character, or to screw over other players.

The use of 3rd party programs is specifically prohibited by Blizzard, and players agree not to use them by accepting the the Diablo II EULA and ToS. (Which must be accepted to install the game.) Blizzard has an interest in keeping players from using hacks and cheats (whether beneficial or detrimental) since they disrupt the corrupt the game play and economy. Furthermore, players attempting to use 3rd party programs are very regularly victimized by computer viruses and trojan horses of every type, and players who get their characters or accounts jacked, or their computers ruined by such programs, tend to blame Blizzard.

Computer experts and experienced users strongly recommended against using 3rd party programs even if they are obtained from trusted sources. Even if the program itself is not harmful (to you or others) quite a few 3rd party programs are hosted by unsavory websites who load the programs with trojan horses or viruses that can steal your account, delete your characters, or simply destroy your computer.

Such malware programs that were in heavy use in the early days of Diablo II, and even before then with Diablo I, are now seen infecting players of every other popular online game, especially World of Warcraft.

The simplest and most damaging trick is to put a key logger in with a 3rd party program. The 3rd party program is a trojan horse, and it may or may not work, but that's irrelevant to the hacker. All they care is that you install it, allowing their virus access to your computer. That program will then sit quietly, until you trigger it by starting up Diablo II. It will then record all key strokes made for some time, as well as reading the account information transmitted to Battle.net. This information is then transmitted to the hacker in some fashion; usually by launching an email, or a browser window that connects to an online form of some sort. 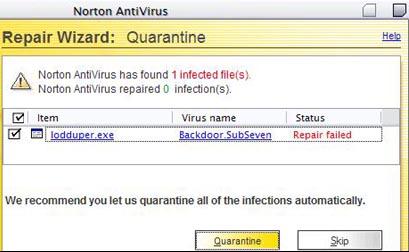 A common punishment for trying to cheat.

This is described in some detail on the Account Theft Page. Blizzard also covers this topic in their support pages. In short, any program you run can contain a nasty virus or back door, giving a hacker access to your system. Such hacks are very often found in 3rd party programs, or added onto them by sites providing download mirrors. For example someone might write a nice trainer for single player use. A hacker sees that, grabs it, packs a virus or back door in with it, and posts that zip on their d2 cheats website. If you installed that file, you'd get the malicious code along with the actual program you were trying for. Installing any programs from unknown sources is a risk, especially if the program is something illegal like a D2 realm hack.

It's not recommended that you install anything on your computer that you aren't absolutely sure is safe, I.E. from a legit software publisher. If you are going to install programs from other sources, you should really know what you are doing, and have a good Firewall and virus detector to help protect you. The vast majority of stolen accounts are ripped off from people who installed a back door with a keystroke logger when they were trying to get a D2 hack. We hear from them all the time.

Very often we see sites with programs they say will let you dupe or cheat, and the program is nothing but a virus or back door to steal your password. There's no program there at all to dupe or cheat or anything, just the bad stuff. Blizzard gets such sites closed down on a regular basis, but people are always setting up new ones on various free hosts, especially cjb.net.

Incidentally, this sort of thing requires very little technical know-how on the part of the hacker. These type of malicious users are called "script kiddies" since they simply use programs written by others. A typical key logger program can be obtained from any hacking site or IRC channel, and once he's got it the script kiddie just needs to change some fields in the program to have it send the key logged information to his email, or post it to a form on his website.