This page collects and archives rumors about Diablo III. Does it exist, what's it about, when will we see it, and more. See the main Diablo 3 page for much more extensive coverage of the upcoming game and definitive evidence of its existence.

Disclaimer: These are rumors of wildly-varying believability. Take them all with a grain of salt. Judge the evidence and make up your own mind. The staff of Diabloii.net and the administrators of the DiabloWiki make no claims as to the accuracy of items on this page. That's why it's called "rumors!"

Quick, "just the semi-facts" coverage of major and minor rumors, with the most recent on top. See the Rumors in Detail section further down this page for more detail.

Blizzard release the event schedule for the WWI, and there's a press conference scheduled after the first day's events, something they've not done at previous events except when a new game was announced. Source

Xfire promotes their WWI coverage with the following quote:

Get behind the scenes with Xfire during WWI to:
Follow the opening ceremony and discover what new game will be announced in our chat rooms.

This is quickly amended to remove the part about a new game, but there's no explanation given if it was a secret-blowing slip up, or simply an error by whoever typed up the item. Source.

German PC Action magazine follows in PC Gamer's footsteps by teasing the game announcement they'll be making in their next issue, and by using some very Diablo-themed phrasing, stating that they will not reveal the game until the issue goes on sale, even if "hell froze over and cows gave beer." Source. 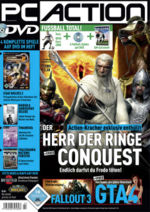 PCGamer teases their upcoming issue, saying they had to go to hell to report to get the preview for their next issue, which will debut an unannounced sequel to a major computer game title. An announcement that sets off much Diablo III speculation. Source.

Analysis of the "top secret" Blizzard job openings indicates that there are two unannounced projects underway. Half the job openings offer a chance to join, "the team that created Diablo and Diablo II," and the other half mention "a next-generation MMO." Source.

Frank Pearce, senior vice president of product development at Blizzard, comments on the unannounced project. "Team 3 is working on something really awesome. I can’t give you any hints, but it’s totally awesome." His full comment makes clear that there are just 3 games well into their development processes at Blizzard: World of Warcraft, Starcraft II, and something unannounced. If Diablo III isn't what Team 3 is working on, it's going to be a long, long wait.

Richard Knaak, author of several of the Diablo novels and under contract to write future installments, states that he is not writing books "for a dead game." Source.

Ex-Blizzard employee Chris Hartgraves claims to reveal information about numerous upcoming Blizzard projects, including detailed claims about Diablo III. He talks about item types, game modes and features, and asserts that the game is set in Heaven. He also claims Diablo III will premiere at Blizzcon in a few days. It does not, but his rumors about Starcraft II and World of Warcraft prove substantially accurate. Source.

Fact: A month after Blizzard North is closed and the employees are offered severance packages or continued employment at Blizzard Irvine, Rick Seis, who had been named project lead of the unannounced Blizzard North game, leaves Blizzard and takes a job as Technical Director and lead programmer at Castaway Entertainment. There he joins numerous other former Blizzard North/Diablo team employees. Source.

Rumors to pick from:

Rumor: Almost all of the work done by Blizzard North is eventually tossed and development is essentially begun from scratch by a new team at Blizzard Irvine.

Fact: Gamespot notices the rash of Blizzard job openings that contain language about joining "the team that created Diablo and Diablo II" and runs a rumor post about it. Blizzard declines to comment. Source. Job openings with similar descriptions have continued to be listed (and filled) ever since.

Some members of the Diablo II team start preliminary work on Work began on Diablo III shortly after Diablo II is released. This is confirmed years later by resume postings by Stefen Scandizzo and Michio Okamura, in which they talk about their work at Blizzard North on an "unannounced sequel."

August 8, 2005 It's known and confirmed through private channels (though not officially by Blizzard) that the version of Diablo III the Diablo II team had been working at Blizzard North was dumped and the game's development was essentially began anew, from scratch, in mid-2005 after Blizzard North was shut down, 2 years after the "Big Four" departed and were soon followed by most of the rest of the Diablo II team leads. Why the new Diablo III team didn't continue on with the initial version of the game is unknown; the new team might have wanted to do their own game, the original version might have been too similar to what WoW became, or too similar to what Diablo II was, or perhaps it just wasn't very good? That's what Brian Crecente reported on Kotaku on August 8, 2005:

I just got an interesting update about Diablo 3. Rumor has it that the current work on Diablo 3 was canceled and that the game is going to be completely reworked. My tipsters tell me that Blizzard North's work on the game was, to put it kindly, below expectations. While this is mildly disappointing, it's nice to know that Blizzard still so zealously guards their name.

This news does help paint a broader picture about the closing of Blizzard North. I'm not saying the two incidents are related, but they may be.

October 28, 2005
The next big rumor about Diablo III turned up a few months later. As the tale goes, a Blizzard employee named Chris Hartgraves left the company in late 2005, and promptly spilled all he knew about ongoing projects at Blizzard. In an email posted on a World of Warcraft fansite forum on October 28, 2005, Chris was quoted saying the following about Diablo III:

It is about Diablo 3. Last week they had a thing called "Show N Tell" which they have every 6 months to all the full time employees - Anyways Diablo 3 takes place in heaven. Hell is trying to take it over and it is AWESOME looking ... I magine the brightness of heaven being taken over by the darkness of hell ... Imagine WoW but in a Diablo world in amount of size and playability ... Also, guild housing is available in this game for those of you who know about it. They should have a gameplay demo to show at BlizzCon.

There was no way to confirm this account of Diablo III, since, contrary to Hartgraves' prediction, the game did not debut at the 2005 BlizzCon, and still hasn't made an appearance, more than 2.5 years later. That fact doesn't do much to argue for Hartgraves' claims, and they would be forgotten by now if not for the fact that he also said Starcraft II was under production long before it was officially announced, and made some accurate predictions about World of Warcraft in the same email.

Hartgraves' Diablo III comments were echoed, or backed up, by an unnecessarily-obscure post GamingSteve.com, on February 3, 2006.

I don't want to get any of my friends at Blizzard in trouble, so from instead of mentioning "Diablo III" let's call this theoretical game "Beelzebub 3" and instead of "Blizzard" let's call them "Snowstorm".

"Snowstorm" is indeed working on "Beelzebub 3". Not only are they working on it, but they have been working on this game for no less than the past four years. In fact, "Snowstorm North" nearly completed the game several years ago, but what they developed just "wasn't fun" and been quietly reworked. This was actually one of the key reasons why Snowstorm North was closed and everyone was relocated to Irvine-based Snowstorm, so that the bigwigs in Irvine could better track and follow the development of Beelzebub 3.

...It is true that Beelzebub 3 will be done in true 3D and it did indeed look freaking awesome. It is also true that Beelzebub 3 features a story between the conflicts of Heaven and Hell and contains a very cool feature where every single item in the game can change between a "light" version and a "dark" version. However this was also one of the problems with the original version of the game. Other than the ability for any item to visually change from light to dark it didn't affect the actual stats of the item or change the gameplay in any way. So the game has gone through a total rework to inject some "fun" into the gameplay and to make it feel like the Beelzebubs of old.

The core gameplay Beelzebub 3 will play pretty much like Beelzebub 1 and 2, but the game world will be much larger and provide a much deeper experience -- many more items, more levels when you go through the game for first time, more skills, more of everything. In addition, the multiplayer aspect will be greatly enhanced from the past installments and don't be surprised to see more than a couple of WoW-based concepts to leak over into the Beelzebub 3 universe ... such as two opposing factions (Alliance and Horde = Heaven and Hell), enhanced guild functionality, and maybe even mounts?!

Like the leak from Hartgraves, there's no confirmation of this yet, and it's been more than two years since it was posted. The plot concept, of the game being set in the Heavens, is logical. After all, players descended into the Hells in Act Four of Diablo II, the game world's mythology features numerous battles between the Angels and the Demons, and there's constant interference/assistance from the archangel Tyrael. Furthermore, D2X ends with the corruption and destruction of the Worldstone, an object that is said to make it difficult for demons or angels to cross over into the mortal realm. With the Worldstone gone, it would presumably be easy for demons and angels to come to earth, but the opposite would be true as well, which could lead to human invasions of the Heavens or the Burning Hells.

As for the rest of the predictions, they're more or less common sense; of course the game will be fully in 3D, and of course there will be expanded online play, guild housing, faction warfare, and so forth. Those features are all but mandatory in an online RPG these days.

DIII.Net Rumours category of the news