Difference between revisions of "Town"

'Towns are central hubs in each Act, and where players appear when first entering the Act ans has easy access to all other areas unlocked. 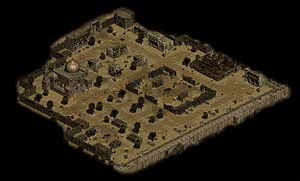