A collection of useful stats and figures for the Warrior. Refer to the Diablo Characters page to see these figures, and others, in tables for easy comparison between the six character classes of Diablo and Hellfire. 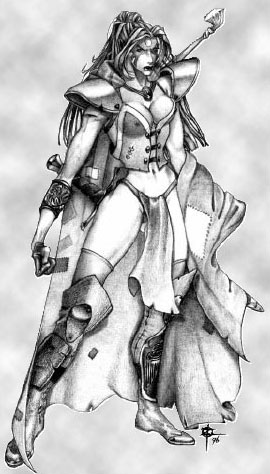 Rogues returned in Diablo II, as the main NPCs of Act One. It was their monastery through which the Dark Wanderer passed, waking demons and calling forth Andariel, the Maiden of Anguish, to corrupt and defile the Sisters and their stronghold. Rogues can be hired as mercenaries in Act One, and as part of the game fiction players learn that the rogue character from Diablo I returned to the Monastery and was corrupted, eventually becoming Blood Raven, a demon archer you must defeat in one of the earliest quests in Diablo II.