Were you looking for Diablo 3 waypoints?

Waypoints are magical platforms that act as teleportation devices, moving characters and their minions instantly between distant locations. Each act has a waypoint in town, and 8 others spread throughout the dungeons (there are only 3 total waypoints in the much smaller act four). Waypoints must be found to be used; characters should explore the dungeons and surface areas until they find the waypoint; most of which are located randomly somewhere in the level. Once found a waypoint need simply be clicked upon to activate it, and from that moment on your character can use it to travel back to town or to any other waypoint in that act or any act.

Waypoints do not all look the same, and most blend into the architecture of their level, so it's possible to overlook them, especially if you're new to the game. The torches burning at two corners of most waypoints are a good tip off. Also, keep an eye on the mini-map. Waypoints show up there slightly before they are visible on the screen. 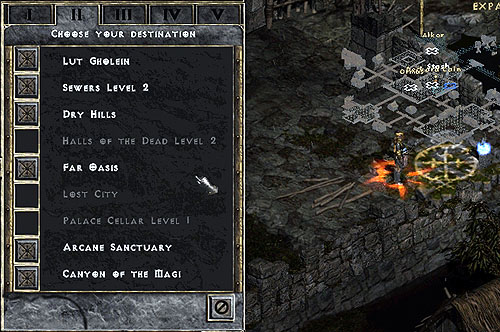 While travel between waypoints is instantaneous on the server end, there may be several seconds of delay on the player's end, depending on computer speed and internet lag. For that reason, it's recommended that players moving between acts travel to the waypoint in town first, and then to a dungeon waypoint in that act, since the level loading time will be quicker. This is not important if playing solo or in a game with friends, but in a public game where there may be hostile characters, or simply people who have retreated to a waypoint and left the area crowded with monsters, a long loading time can be dangerous.

Waypoints can be found on the following levels: 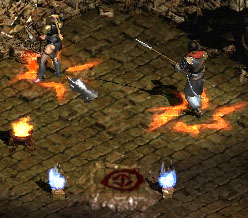 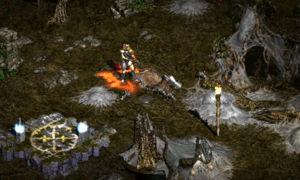 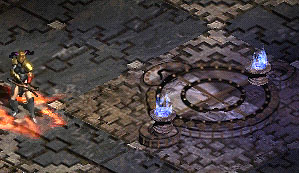 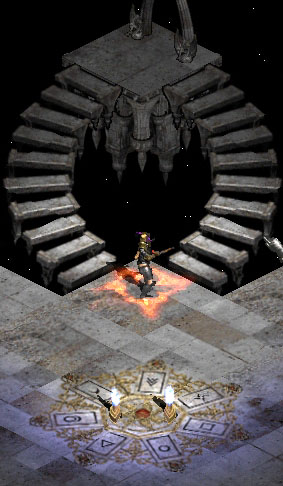 Waypoints are magical gateways constructed by the Horadrim for instant transportation between locations.

The world of Sanctuary is huge and often there are great distances between towns and their outlying regions. During the Sin War, the Horadrim devised a system of magic waypoints to provide instant travel from one place to another. The magics at work have long since been forgotten as the Horadric Mages have all but disappeared. However, these waypoints remain as a legacy to the Horadrim's once-great power and the value of these devices cannot be denied.

This is just part of the material available on this topic. The DiabloWiki 'Waypoint' article is also available in the main wiki where a lot of new information has also been made available after the announcement of Diablo III. You can find it here: