Difference between revisions of "Na-Krul" 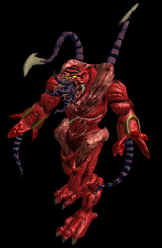 What?! Who dares disturb the great Na-Krul?! Your life is forfeit, mortal!

Out of my way wretched human! Retribution calls for he, whom you call... Diablo!